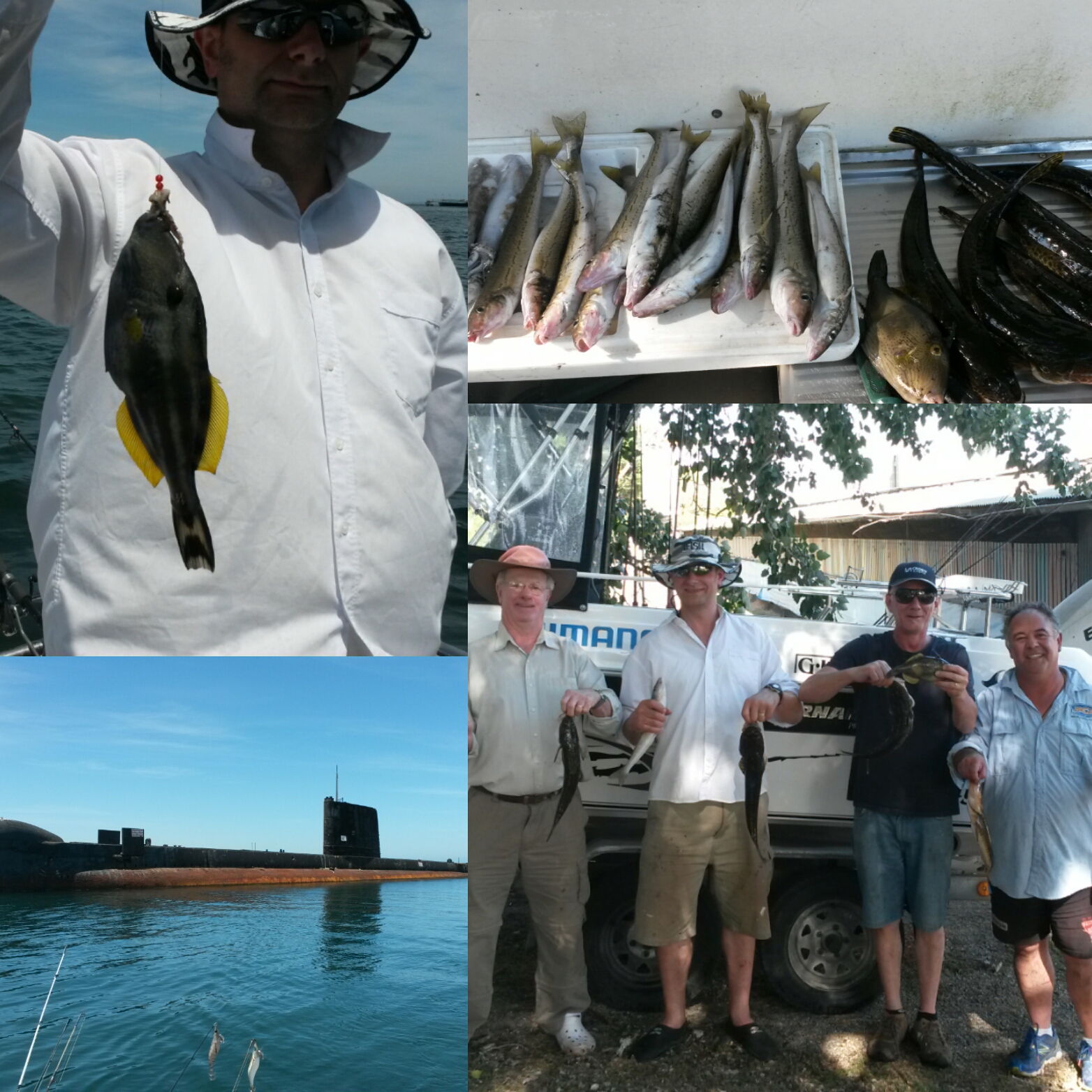 My dad (Barry) and I went with Darren and Tom on the Ricky Taylor Foundation Auction Fishing Trip on Sunday 10th January and had a great day. We headed off a 630am from Warneet boat ramp after queuing with more than 50 other fisherman with boats trying to catch the outgoing tide before the boat ramp was out of water. We carefully navigated the shallow water (~1m in places due to low tide) to start off near the mouth of the Tooradin river along with another ~30 boats including a charter boat.

After a short period of time we caught the first fish: Darren – a toad fish, shortly after it was Barry’s turn another toadfish, then Mark with a toadfish so we moved into slightly deeper water and Mark caught the first of the King George Whiting while everybody lost more bait to toadfish then Barry and Tom caught a Whiting each while Darren kept catching toadfish (Darren’s new nickname “Toad King!) At 9.30 am it was time for some of Tom’s favourite snacks: a thermos of coffee with sugar and the first of Ham, tomato, cheese and relish, and or a cup of tomato pasta soup that he’d brought.

The tide had now turned and was rising so we moved to another position near Mud Island. We moved around a few more times on our way toward French Island then headed out toward Hastings, near Esso Long Island where we saw an old rusting World War II submarine moored (see photos). Now the tide was high and we caught Calamari Squid, a few more Flathead and a few more King George Whiting.

Then the tide was going out again and by this time it was now ~4pm and we headed for the boat ramp wanting to get out before the boat ramp was out of water. We now had a moderate haul of 13 Whiting, 5 Flathead, 1 Leatherjacket, 2 Calamari amazingly mostly caught on pippies, squid and an appropriate sinker and circular hook. As the boat ramp no longer has an area to clean fish, we headed to Tom’s house to fillet the fish and cleanup.

I must say a big thank you to Tom Antoniou and iFish Cranbourne for providing the equipment, bait, boat and expertise as it made for a memorable trip, one which I hope to repeat. 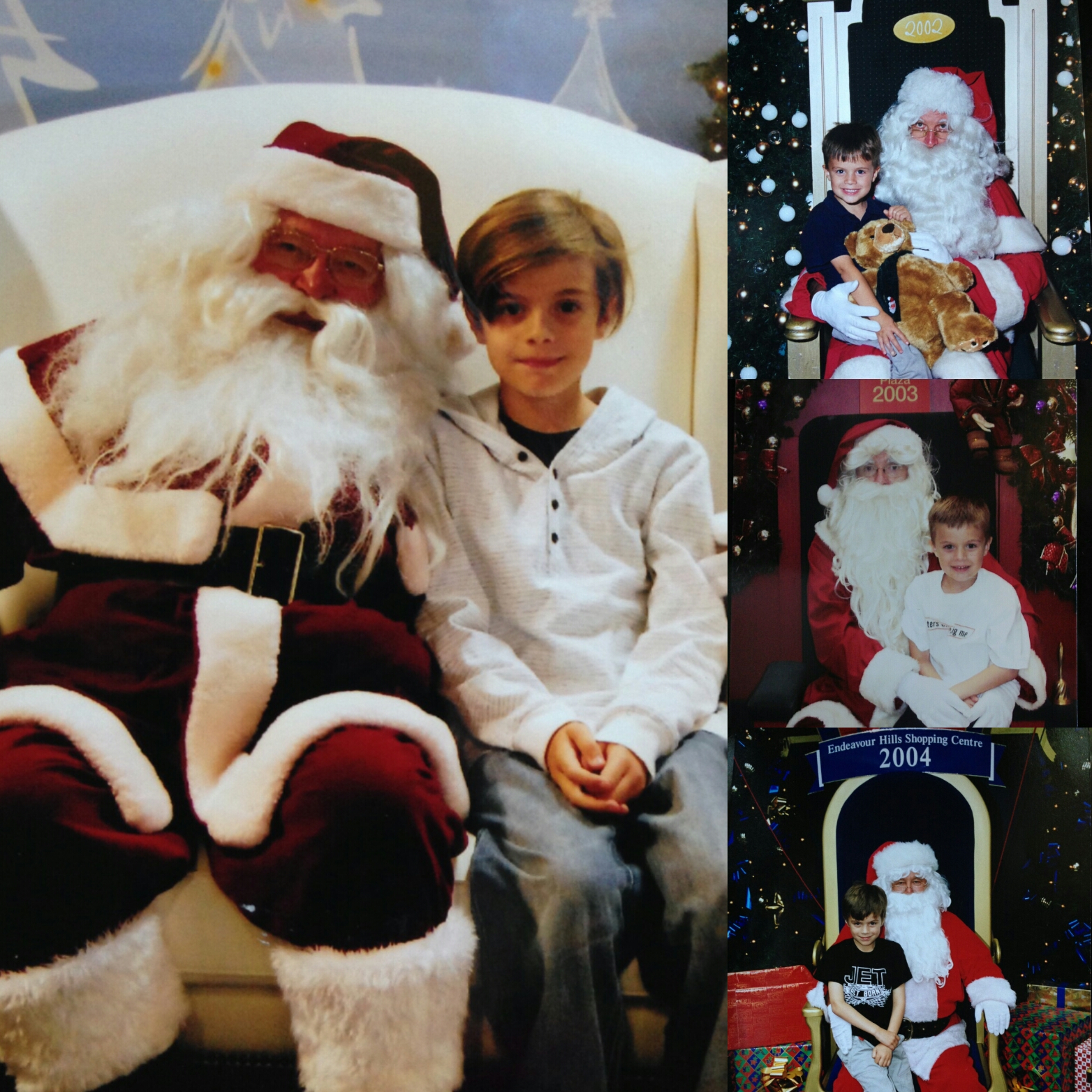 The Ricky Taylor Foundation would like to wish you all safe and happy Holidays. We hope that it is full of joy and time well spent with loved ones 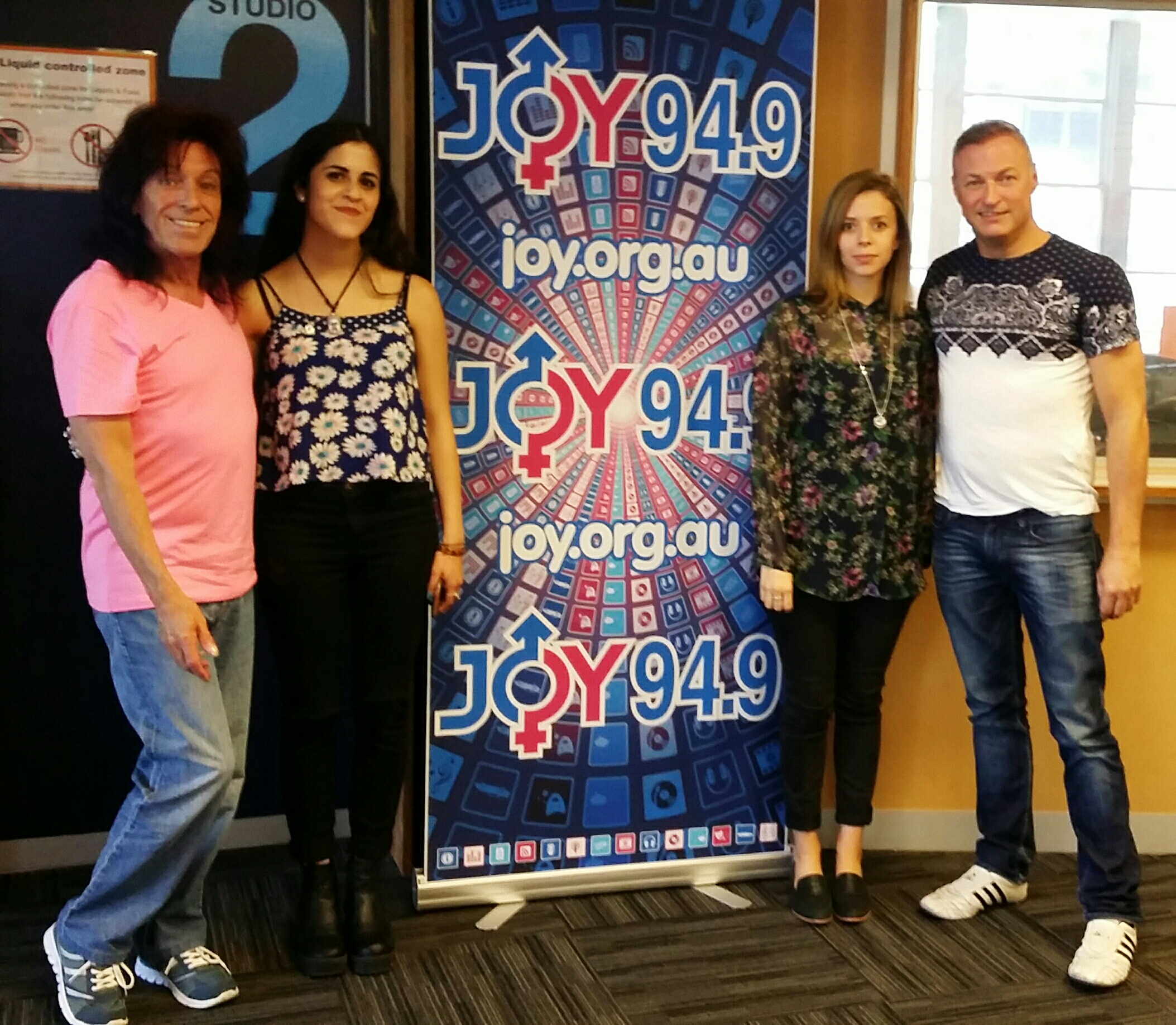 Today was a good day for the Ricky Taylor Foundation! Two of our committee members, Kayleigh and Danni, were invited to Joy 94.9 FM. The girls had a great time and got to talk all about Ricky and the Foundation.

All the team at Joy were fantastic and helped them relax as it was their very first appearance on radio. We would like to thank everyone especially Joe and Bea for having us. We hope to be invited back to Joy FM again and hope to see some of their listeners at our up and coming events, especially our celebration concert for Ricky’s 18th birthday on 13th February that we are trying to get organised now! 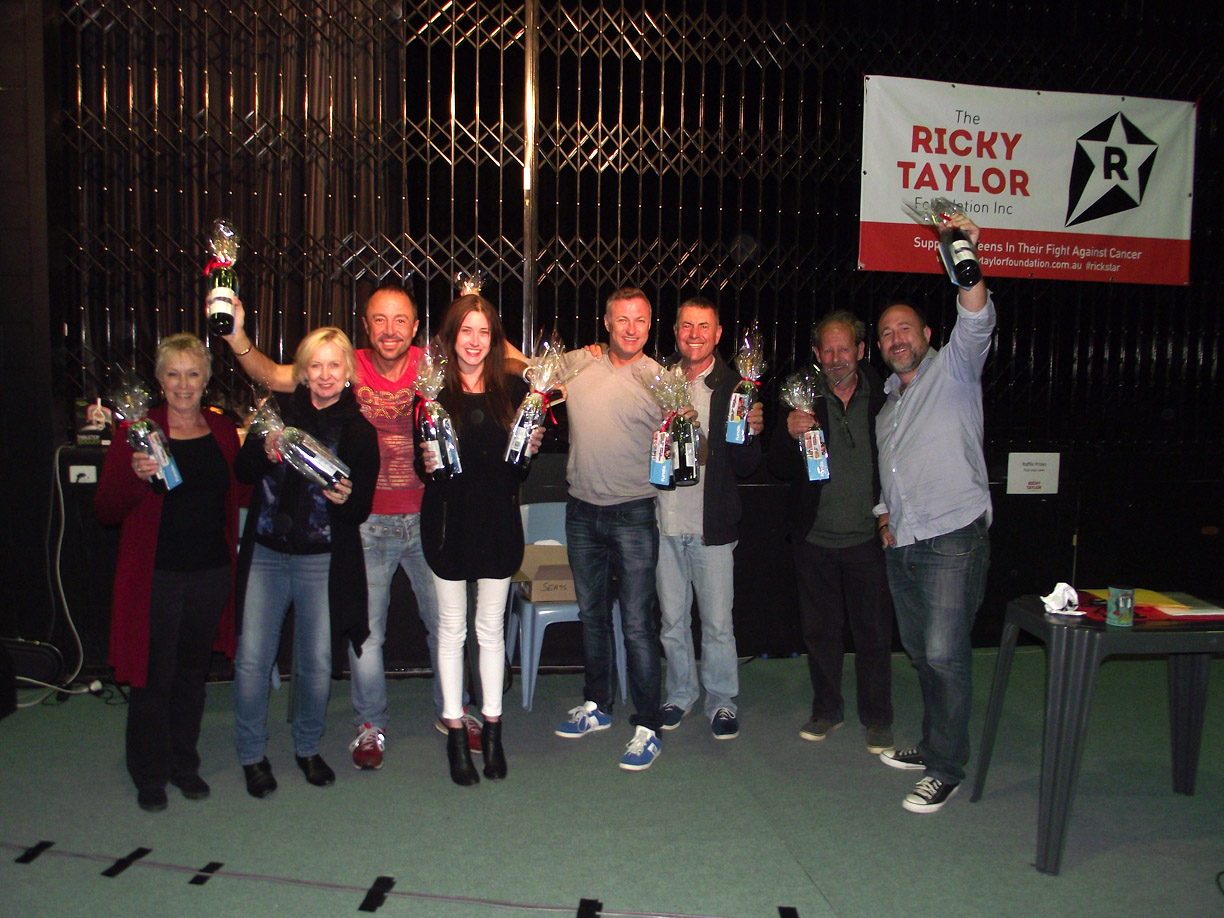 So the big night is over and we are thrilled with the results! Our 2nd Annual RickStar Trivia night has raised over $16,000! We would like to express a big heart felt Thank You to all who helped pull this night together:

We simply could not have done this without you. This money will go towards the AYA clinic in the Children’s Cancer Centre and help to fund the Rick’s Ideal Comfort Kits that will be given to teens diagnosed with Cancer.

We would also like to say CONGRATULATIONS to the winning table for the evening – The Crazy Critters (Sandra, Tony, Sue, Barry, Ebony, Matt, Joe, Alex, Joey and Marno) you guys were on fire! Also Congratulations to Pam Brough who won the Apple Watch raffle!

We hope that you all had a fantastic evening, we sure did!
Thank you again

From
The RTF Team

After the success of the Trivia Night held last year on 17th October 2014 we will be holding our 2nd Annual Trivia Night this Saturday 24th October 2015. The event will take place at St Johns Regional College.

This year we will also be announcing the launch of The Ricky Taylor Foundation, the launch of the website and what we hope to be the beginning of what will be the success of the foundation and our partnership with the Monash Children’s Cancer Centre to assist teenagers with their treatment for cancer while in hospital.

The success of the Trivia Night will help The Ricky Taylor Foundation Inc launch their foundation nationwide and to run annual fundraising events to help raise funds to a worthy cause that Ricky believed in. Without out the support of those who have contributed and will be attending the event, The Ricky Taylor Foundation wouldn’t be possible, so we would like to thank everyone for their ongoing support.

Stay tuned for updates on The Ricky Taylor Foundation and what we hope to be a huge success at our 2nd Annual Trivia Night, we will be posting photos from the night, thanking our generous donators who contributed raffle prizes and auction items and everyone who attended the event.

The AYA clinic at the Monash CCC is held monthly with the following
key aims:

The clinic is structured with monthly psychosocial themes that are facilitated
by the multidisciplinary Monash CCC team. Clinic themes are varied, with
internal and external guest speakers and include topics such as education
and careers; nutrition and exercise; body image; socialisation and social
media, and, drugs and alcohol. The clinic is led by a dedicated group of
Monash CCC staff who aim to ensure each clinic is well balanced with
relevant psychosocial information, any treatment/appointments, fun and
engaging activities and an opportunity for young cancer patients to meet
together in a supportive environment.